About the Denver Fire Department

The Denver Fire Department started in 1866 with the Colorado Territory's first fire company, volunteer Hook and Ladder No. 1, and built its first station a year later at 1534 Lawrence Street. That first company served barely 5,000 people.

The young state's capital launched its professional fire department in 1881. By the time the department moved into Engine House No. 1 at Broadway and 15th in 1884 and the last volunteer company — Tabor Hose No. 5 — disbanded a year later, the city had exploded to more than 60,000 people and was well on its way to where it is today.

The modern Denver Fire Department, under the direction of Fire Chief Eric Tade and Deputy Chief Todd Bower, protects a geographic area of 155 square miles and more than 600,000 people in the cities of Denver, Glendale and Skyline as well as the millions of travelers who pass through Denver International Airport each year. The department provides dispatch services for the city of Sheridan and emergency services throughout the Denver metro area when called upon. Members of the department also belong to urban search and rescue and wildland firefighting teams that assist in emergencies across the state and nation.

Working in partnership with other emergency services in the area, Denver's firefighters respond to structure fires, vehicle fires, auto accidents, hazardous conditions calls and medical calls among many other services and rescues. As the city grows and, with it, the threats to its citizens, the department continues to work with the community to prevent fires and dangerous conditions before they occur.

You may also download a more detailed description of the Denver Fire Department. It's a quick read and we think you’ll find it interesting and informative (Two-page PDF) 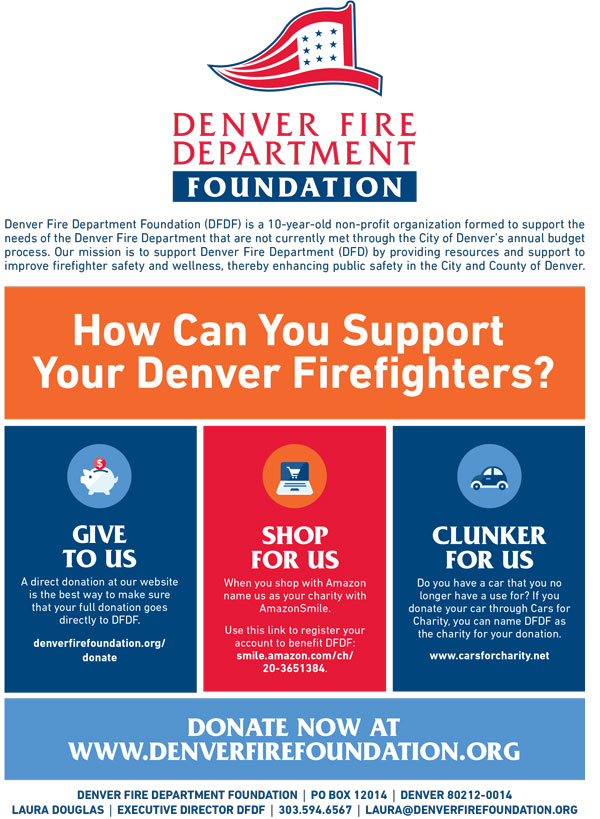